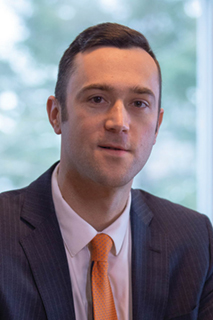 Mr. Morgan is a partner at McKee Law. His practice involves the full range of litigation matters including criminal defense, civil litigation and everything in between. Prior to joining McKee Law, he served as a Law Clerk for the Bangor District and Superior Courts. A Maine native, he was born in Saco, and briefly lived in western New York before returning to Boothbay Harbor with his mother and three brothers. 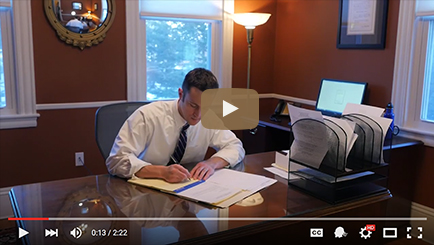 During law school, he was a Maine Association for Public Interest Law (MAPIL) Fellow at Pine Tree Legal Assistance, a student attorney at the Cumberland County District Attorney's Office, and a research associate for a solo practitioner in Portland focusing on insurance and personal injury law. In addition, Mr. Morgan served as a member of the City of Portland Zoning Board of Appeals, where he and other committee members voted on applications for conditional use permits, variances, ordinance interpretations, and other zoning issues.

Matthew has continually demonstrated a commitment to his community and in the past decade has served as a youth mentor with the Portland High School Mentoring Alliance, an advisor on the Portland Volunteer Lawyers Project Family Law Helpline, and a volunteer at the Trinity Jubilee Center Food Pantry and New Beginnings transitional living program in Lewiston.

In 2021, in recognition of his tireless efforts to promote excellence in the representation of Maine’s poor, Matt was appointed by Governor Mills to serve as a Commissioner on the Maine Commission on Indigent Legal Services (MCILS). MCILS was established by the Legislature in 2009 to provide high quality representation to Maine citizens who are entitled to counsel at state expense under the United States Constitution or under the Constitution or statutes of Maine. In this role Matt will continue his work and the Commission’s mission to protect the rights of Maine’s indigent citizens in courts throughout the State by providing oversight, support, and training to assigned private counsel and to contract counsel.

An avid outdoorsman and athlete, Mr. Morgan enjoys mountain biking, running, hunting, and fly-fishing. His interests include health and fitness. He currently resides in Topsham with his wife Dr, Anna Meader, and their daughter.

This website is for general information purposes only. It is not intended as advertising, and neither solicits business nor offers legal advice. McKee Law does not seek to practice law in any state, territory, or foreign country where they are not authorized to do so. Please do not send any confidential information to McKee Law through this site. Please direct your comments and questions to [email protected]
©2019 McKee Law. All rights reserved.